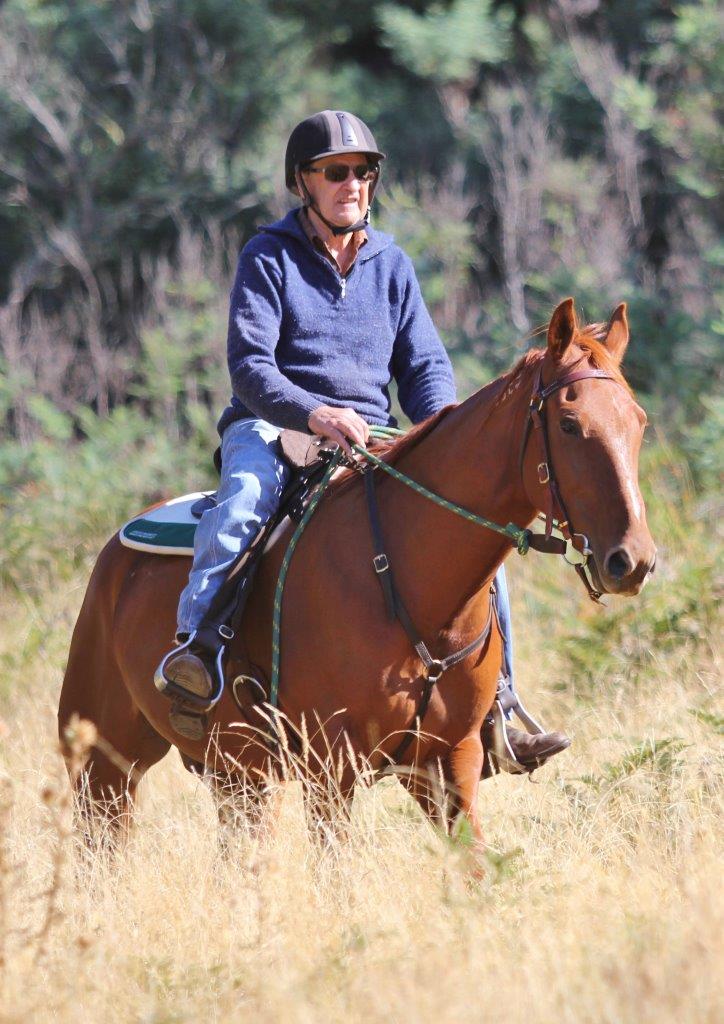 Back in the saddle

Country born and bred and with the ethics of the country instilled, Graeme Cleary has always had a passion for horses. After a long working life which included everything from log trucks to shearing sheds, he is finally realising his dream of riding a horse in the bush.

As a youngster, he rode everywhere and had a group of friends who also rode horses, but even though he loved horses, machinery and work dominated his life from his late teens.

Now in his seventies and after winning his first battle with cancer, he became determined to find a horse and return to the saddle.

I met Graeme when he agisted his first horse with us, but that horse was a disaster. Graeme was taken down very badly by a disreputable stud, losing a lot of money on a falsely advertised stockhorse with severe navicular and temperament issues.

Unfortunately his next purchase was also a disaster resulting in concussion facial and pelvic fractures.

He had been encouraged to invest in a Standardbred, but he wasn’t at all enthused about the idea, but while he recovered from his injuries from his second purchase he started to warm to that suggestion.

It took a couple of attempts but he has found his perfect mount. Leading trainer, Juanita McKenzie from New Norfolk, had tried her best for Red Blister to end his career on a great note but he just couldn’t muster enough speed.

A sparkling chestnut, this gelding is by Blissful Hall and out of the New Zealand bred Red Profiteer (New York Motoring). He had won 10% of his 76 races but couldn’t quite manage sub two minutes.

Juanita was adamant he was to go to a good home, and it was then that this horse and Graeme formed a partnership.

Not quite 15 hands, Blister had been ridden in training so his transformation to a trail horse has been quite uneventful.

Like most of his breed, he is accepting of anything around his legs so he easily learned to push through any undergrowth he may encounter or work through fallen limbs on the track.

Graeme won another battle with that dreaded disease and wasn’t able to ride for a while. As he recovered he would often sit on his veranda and the gelding would stand beside him, resting a leg of course. He is convinced that his mateship with Blister helped him get through months of chemotherapy and Graeme is happily now riding again. Red Blister earned over $30,000 but money would not buy him and he will never be for sale.